If years ago players like Müller, Kempes, Batistuta, Ronaldo or Crespo made a place in the collective mindset as the best examples of what a ‘killer’ is, the name of Robert Lewandowski will be one of the great figures of the number ‘9’ role in the decade of 2010. For many years the Polish striker has been one of those chosen few able to be close to Lionel Messi and Cristiano Ronaldo. Over the years, the Bayern striker has been able to remain one of the most prolific and consistent names but the numbers show that, since Flick’s arrival, this is one of the best periods for Bayern and the centre-forward himself. At Driblab, we took a look back at the Polish player’s evolution and we are looking at Robert Lewandowski’s finest moment. His best season? It seems so.

The great quality of Robert Lewandowski during these years is his ability to generate shots, expected goals and that sense of constant threat. If we dive a little into the data we see that the current season shows how he has progressed in his production within the box. He is getting more contact with possession inside the box than ever before, he has always been a very intelligent player without the ball to get ahead of defenders in final third, but in Flick’s Bayern with passers between lines as Gnabry and Muller and wider threat as Coman and Davies, Lewandowski’s role is being key having more influence in final meters and more accurate than ever. What changes the trend with respect to previous years is his success: Lewandowski is in his best records of finishing % (goals / shots) and goals scored for each expected goal. This success, added to the growth since last season with key passes, makes him the best Lewandowski ever. His greatest virtue has always been the mobility and ability to finish off but now he is adding more consistency in shooting and a higher production than expected. If it is not his best version, at least it is the most successful Lewandowski in front of the goalkeeper that we have seen. 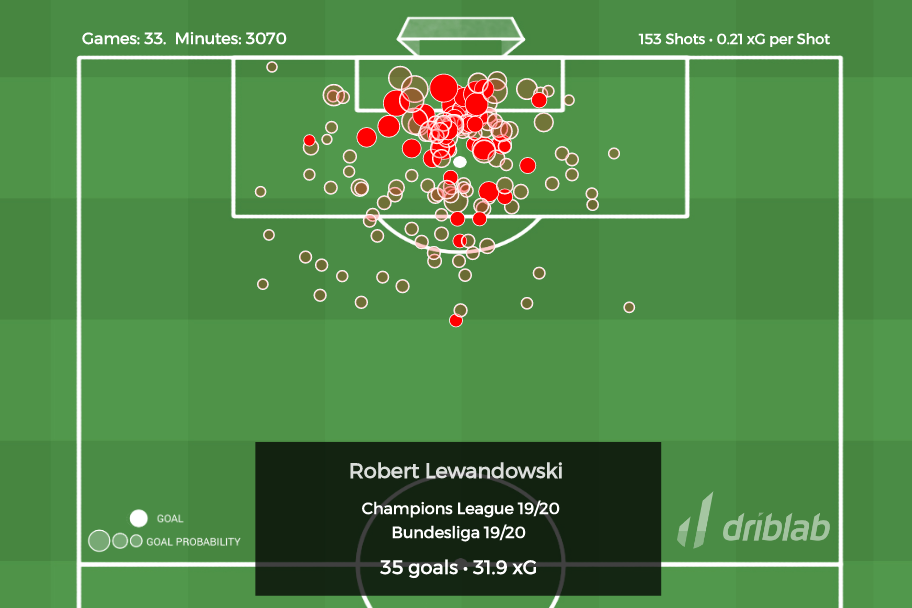