After the Guardiola era, Bayern had trouble finding a clear leader in their squad and long-term stability. This season has seen a clear change in the Bavarian project, with Hans-Dieter Flick’s good work over the months earning him a contract until 2023 and reaffirming Serge Gnabry as Bayern’s key player. In this article we analyze how in just four years Gnabry has gone from having no place in Tony Pulis’ West Brom to being the star of the German giant, from that fast winger to one of the world’s most creative players.

Since his first season in Bundesliga with Werder Bremen in 2016/17, Serge Gnabry’s development has been constant. In his first year he proved his ability to move in final third and generate many expected goals, which resulted in 11 goals in 27 matches. After that breakthrough, Bayern signed him but understood that Gnabry was not ready and loaned him out to Hoffenheim where his transformation began: acting as a second forward he went from being a goalscorer to standing out as a creator of chances. Little by little his production has improved in passing metrics especially this season: his influence has grown not only in expected goals and expected assists, but also in his impact in Bayern’s possessions and organizing the attacks. Now is the moment for Serge Gnabry, the real Bayern star who continues to evolve year on year. 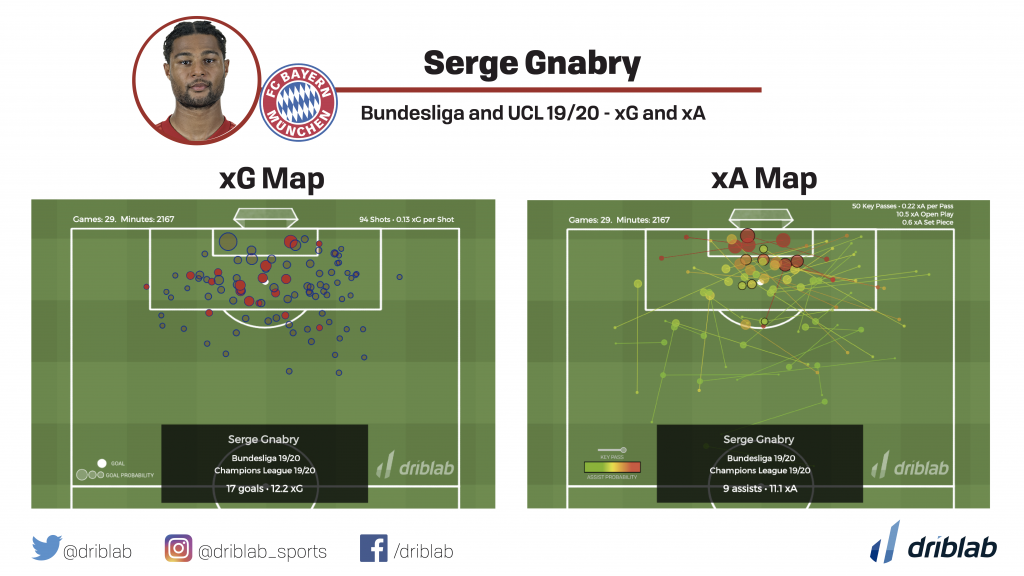