It’s been a few different weeks for football, a good proof of that is that there are leagues that have already cancelled the season (if you want to know how Driblab can help you with our trial periods during the current crisis read our CEO’s letter). In today’s article we want to evaluate the best that one of those tournaments that have finished this season: Eredivisie, one of the greatest ‘academies’ of Europe where the average age is not a problem. In our best eleven we see a clear dominance of Ajax, following the trend of last season, although with some appearances beyond Amsterdam as Calvin Stengs, Oussama Idrissi or the young Mohamed Ihattaren who has just turned 18: 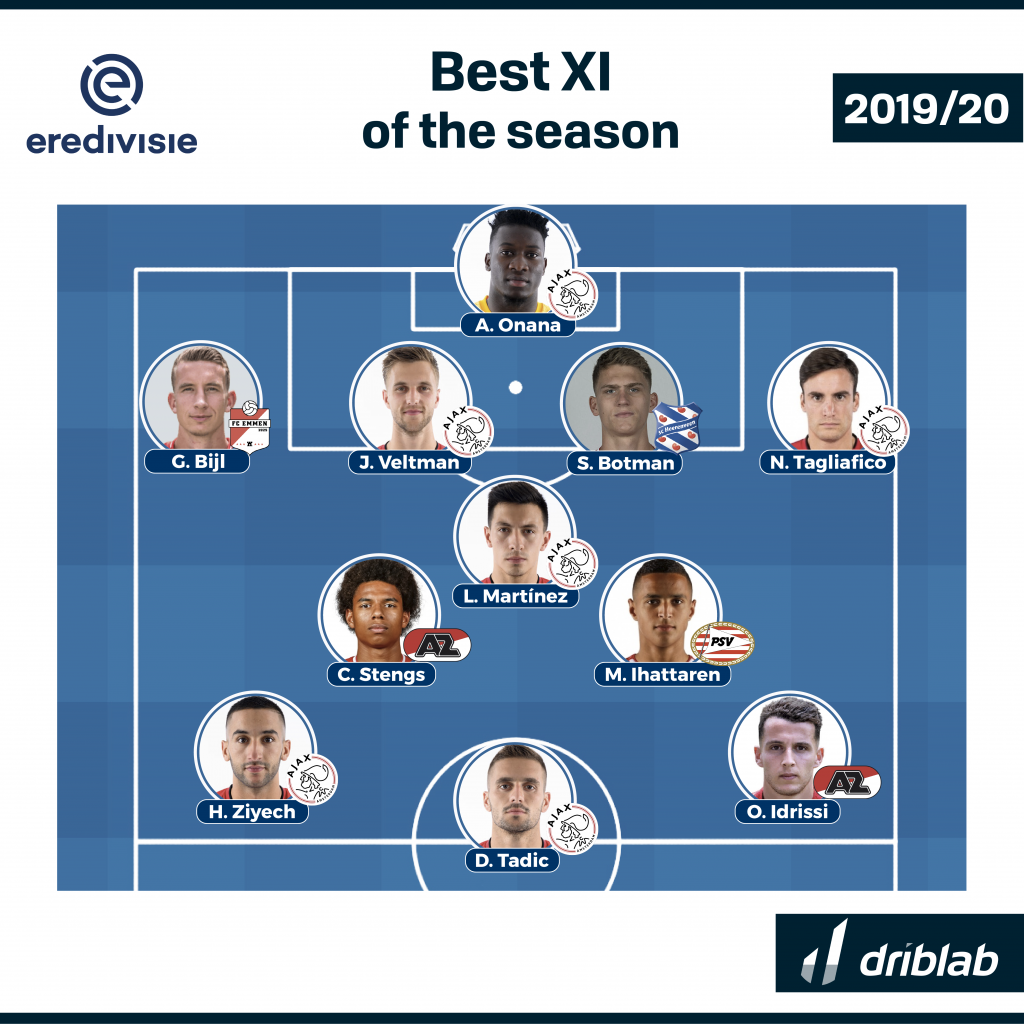 According to our models, the best player of the tournament has been Hakim Ziyech, who was already the star of the last edition. His last year at Amsterdam has been brilliant: adding up league and European competition he has generated 3.5 chances, more than 2.5 shots and 0.6 expected assists (data per 90 minutes). A decisive player both in the shot and in the final pass. Although Ziyech has been the main figure, we must point out the 2019/20 season as the definitive step forward for Calvin Stengs and Oussama Idrissi. Ajax is not the only team that can produce stars. 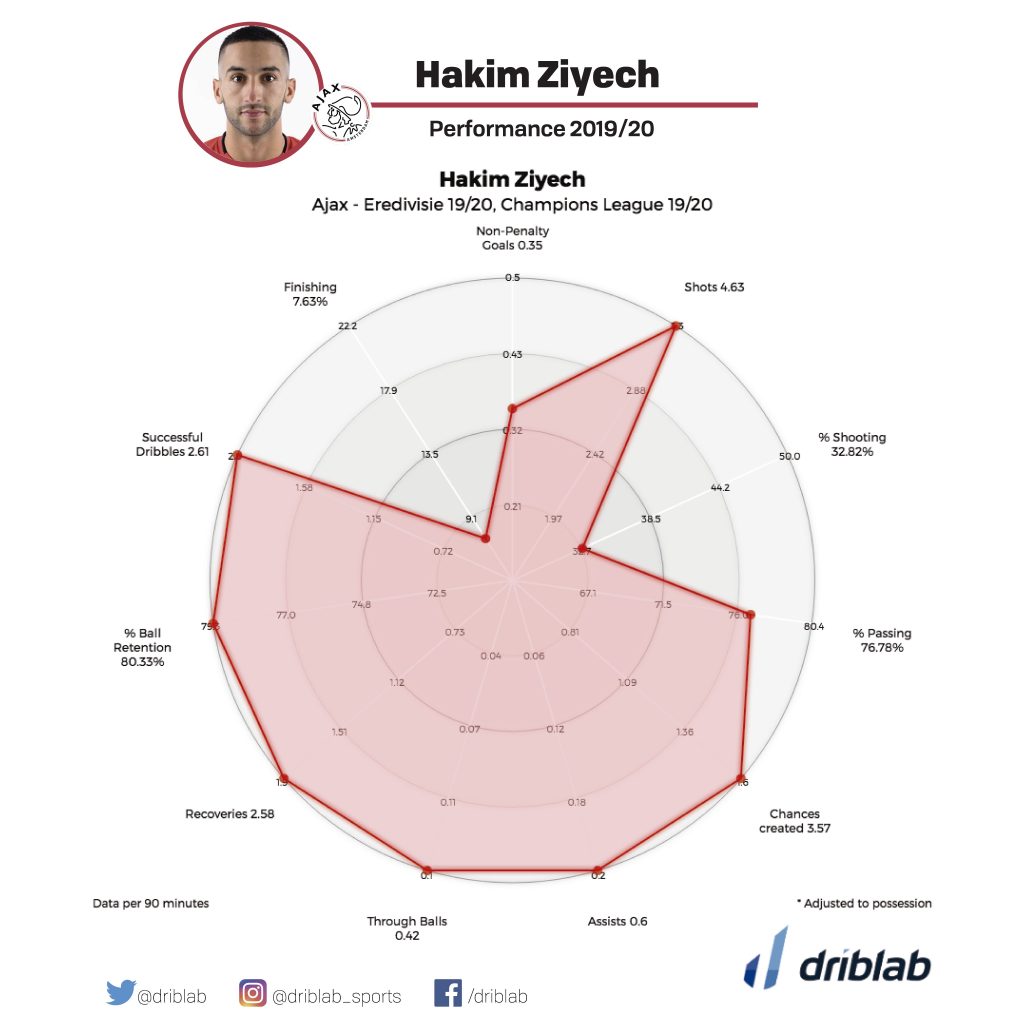 Eredivisie is the league of the youth talent. In this campaign Ihattaren (18 years old) has become the main name for PSV but has not been the only young star of the tournament: Sergiño Dest (Ajax – 19), Donyell Malen (PSV – 21) and Myron Boadu (AZ – 19), besides the young defender Sven Botman (20 years old – on loan from Ajax), have been the best under 21talents for Driblab.