It is difficult to evaluate Premier League players because, beyond performance, the market values are very different from other competitions. If last week we highlighted three underrated players in Ligue 1, this week we go to the UK to point out three players who are doing a great year and deserve more attention. A key player in the season’s biggest surprise; the best holding outside the ‘big six’; and a midfielder who, in his first season in the elite, has shown he has the talent to aspire to a bigger club. If months ago we have already highlighted young stars of the Premier who are beginning to attract the attention of the big clubs like Emi Buendía or Steven Alzate, today it is the turn of less recognized names.

The first player we would like to highlight is Enda Stevens, the left wing-back of the season’s surprise team. With the question of whether the ‘blades’ will make it to Europe, what we do know is that Enda Stevens has established himself as a key player. Furthermore, we must point out that the left wing is a very sensitive position due to the lack of reasonably priced guarantee profiles. Stevens is Sheffield United’s key player initiating possessions in own half and the team’s most creative profile in creating chances and assists expected in open play. 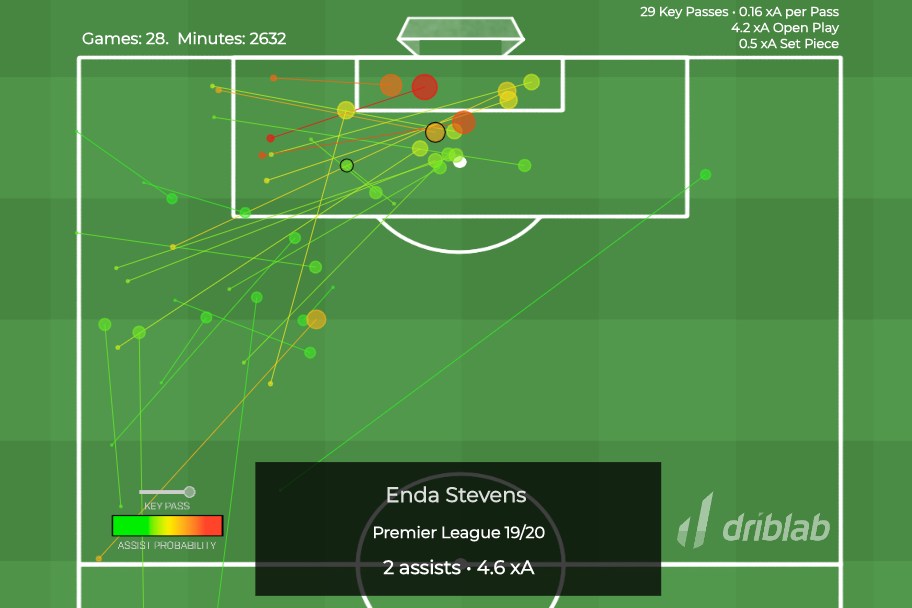 The 2019/20 season has been an ambitious and risky change for Brighton. Changing coach, style and stars. Graham Potter’s offensive approach is having problems in the second half of the season but Dale Stephens has prevented a major crisis. The holding midfielder of Brighton stands out for the amount of recoveries he makes per game both intercepting and tackling, but with Potter he has made the definitive improvement with possession: success in passing and able to keep the ball without being dispossessed, this year he has increased his influence in the ‘xG buildup’ (measures the relevance a player has in creating plays that end up generating expected goals) and being one of the midfielders with more ball progressions per 90 mins in the big leagues. 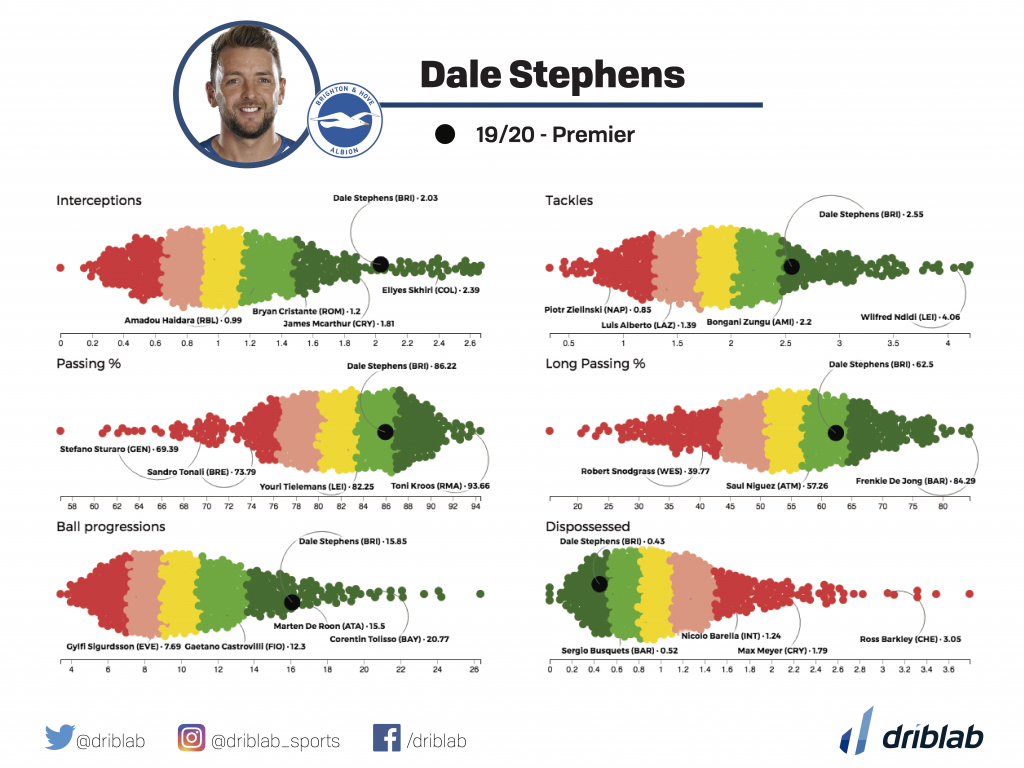 Premier League is the tournament where we see the most box-to-box profiles, and this season John McGinn is the leading figure of this prototype of player. The Scottish has been key in the best months of Aston Villa showing physical display for pressure and aggressiveness without the ball also with intelligence to positioning in final third. His great vision for creating chances, choosing well when to dribble and his positioning for shooting make John McGinn a player with more than enough performance to make the move on to a bigger club: able to adapt to the physical work for the team but brilliant in offensive decision making. He is not a star but he is the best complement to the stars. 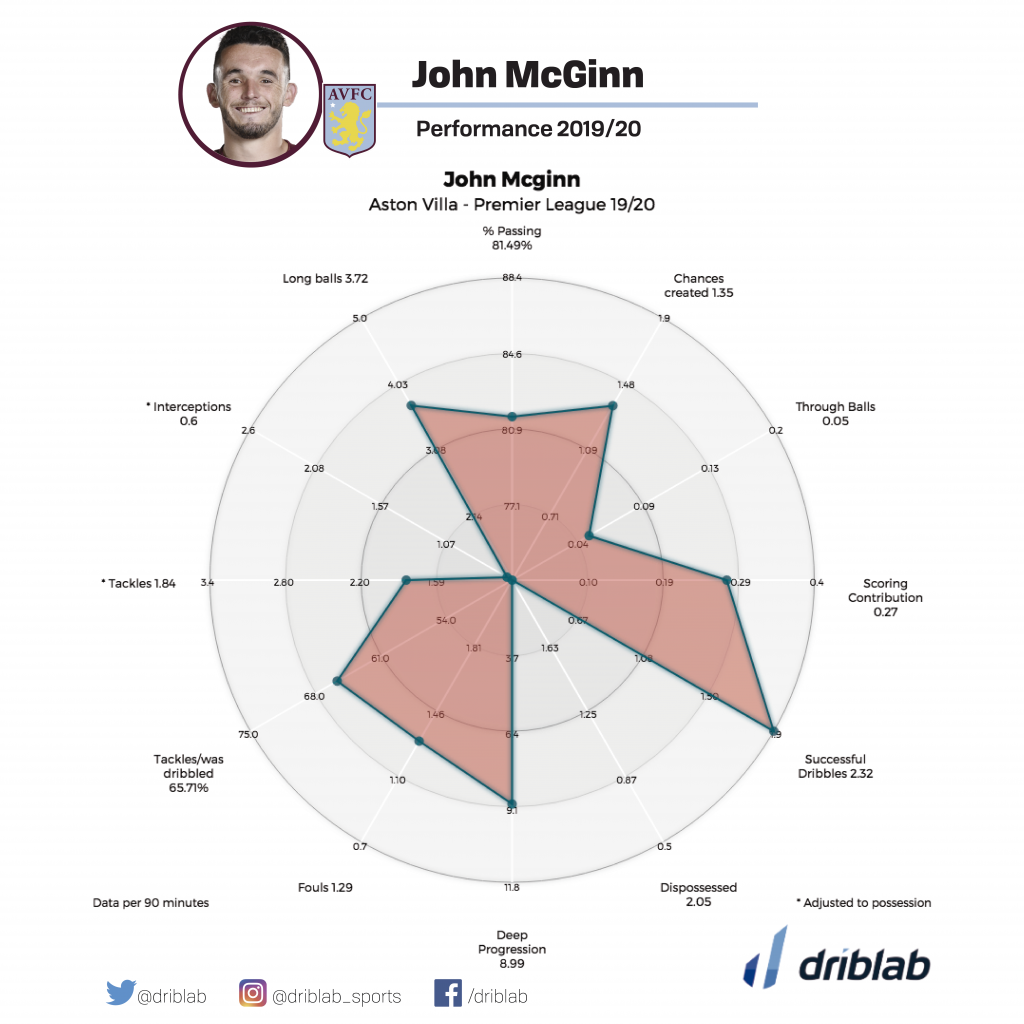