In elite football there are very specific positions where there is a shortage of players who can provide real guarantees. This is the case with the left-back, where it is often difficult to find the desired profile. Porto’s Alex Telles has been in demand for some time now. It’s a fact that his performance in recent years has been high and consistent. But is it justified that his name is linked to several top clubs on the European continent week after week? We have analysed his data before answering this question and they leave no doubt. Telles is above average in a lot of aspects and has maintained very high numbers of xA (expected assists) over the last four seasons, being one of the best in his position in this metric since 2016. 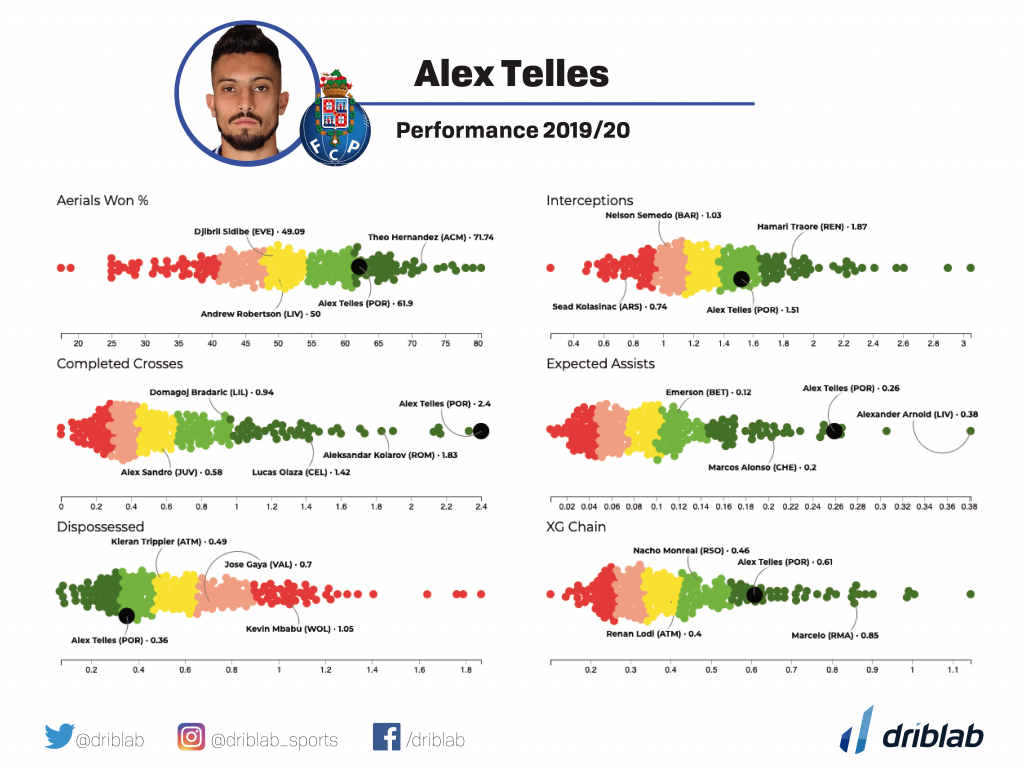 In this graph we have compared their metrics to those of the full-backs who have played at least 900 minutes in Europe’s top five leagues this season. Telles has a great vertical leap and quite a bit of intuition. And that makes him a difficult to beat in the aerial disputes. He has won 61.9% of those duels this season. He also has a good average of interceptions and during his entire stint at Porto has been close to 3.5 balls recovered for 90 minutes. He’s also a pretty confident player with the ball. He gets taken off the ball very few times (0.36) and doesn’t miss too many passes despite being a full-back who appears quite a bit in the final third.

But if the Brazilian makes a difference, it’s thanks to his ball hitting. Telles is always a threat when he has the chance to profile and place the center. And especially in set pieces. Despite having attempted many crosses in his four years at Porto, he has completed 30% of them. This season he has completed 2.4 for 90 minutes, something no major league side can match. The quality of these deliveries is obvious, as he is also one of the best in terms of expected assists (0.26), being only surpassed by some such as Trent Alexander-Arnold and Daniel Brosinski. Below you can see the xA maps of Telles in the last two seasons. As we say, his production is huge. 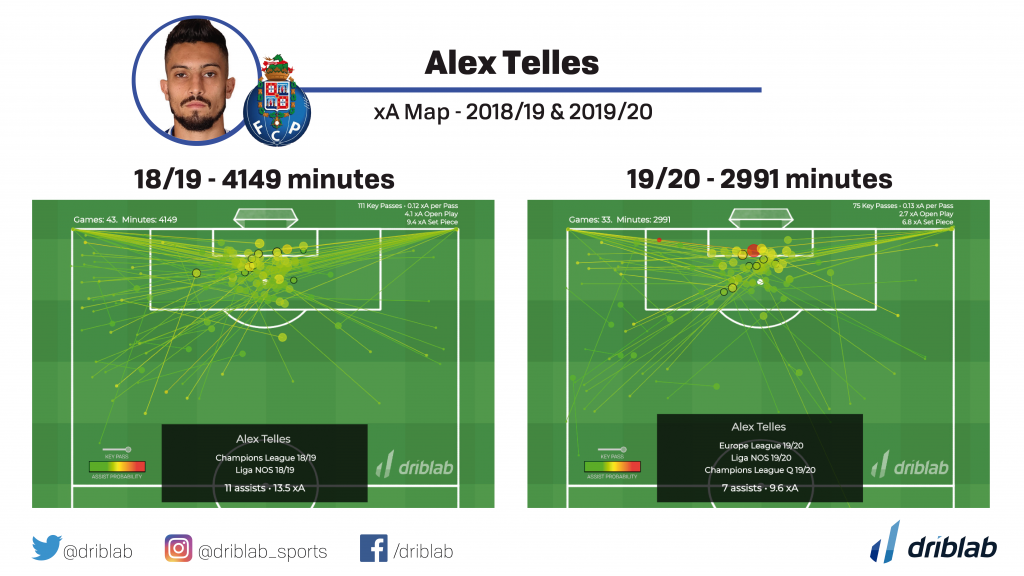 Although the context caused by the coronavirus will seriously affect football, it is likely to end up paying a lot of money for Telles. The truth is that there aren’t many full-backs as competitive as he is in Europe. The data proves that.

The maturity of Rafinha Alcántara