We continue with our series of the New Talents of the season, after analyzing the defensive line and midfield, it is the turn of the wings. In this week’s article we highlight three players with very different realities: one of the best chance creators in the five best leagues but at the bottom of his competition; the new promise of a European giant who has made an instant impact on the elite; and a talent who has exploded at his fifth club in four years and now looks set to make the jump to a major team in European football.

This break with nine Premier League games to go does not alter the reality of a Norwich City accustomed to the bottom all season long. It is surprising that the team that has been in last place since the end of December can proudly show one of the best players in Premier League. Emiliano Buendía has surprised everyone by improving on last season’s figures despite the change of tier and the move from being the first in the standings to be at the bottom. Emiliano Buendía is the great responsible for the fact that Norwich continues to generate danger by being the main player of the attacks. As we can see in the graph, Emiliano Buendía remains one of the best players in the five big leagues in key passes, created chances, expected assists and dribbles. The only thing that seems clear is that next season he will not be at Norwich either in Premier League or in Championship. 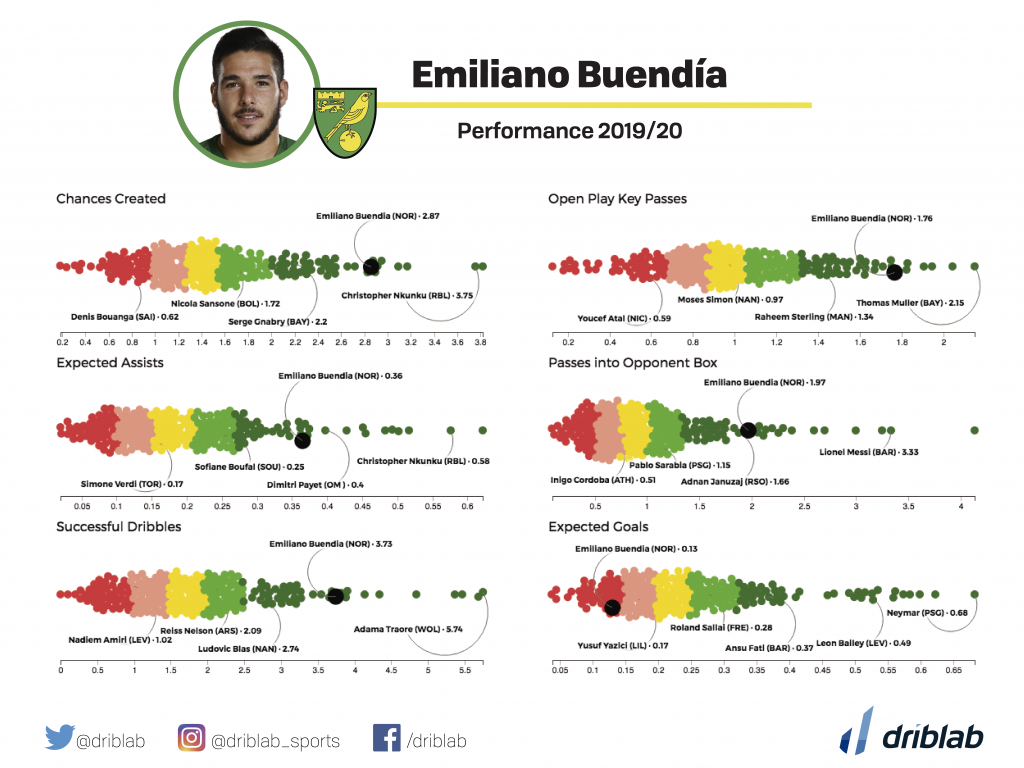 With the signing of Antoine Griezmann plus the players who remained in the squad it did not seem like the year to discover new talent in Barcelona’s attack. It was a surprise that from the start of the season and with Griezmann more focused on finishing than creating, Ernesto Valverde gave chances to several unusual names like Rafinha (before being loaned out) or Carles Perez, but it was Ansu Fati who made the most of his minutes. The young winger managed to make an immediate impact. Not so much in the association but with his influence to make the team more dangerous: with a more direct role with possession and taking advantage of his intelligence for generate chances with runs inside the box Barcelona found in Ansu Fati the width and the goalscoring threat that the team needed in first months of the season. It is always difficult to earn a spot with so much competition but Ansu Fati has taken advantage of his minutes if we see the amount of expected goals and expected assists that he has generated. 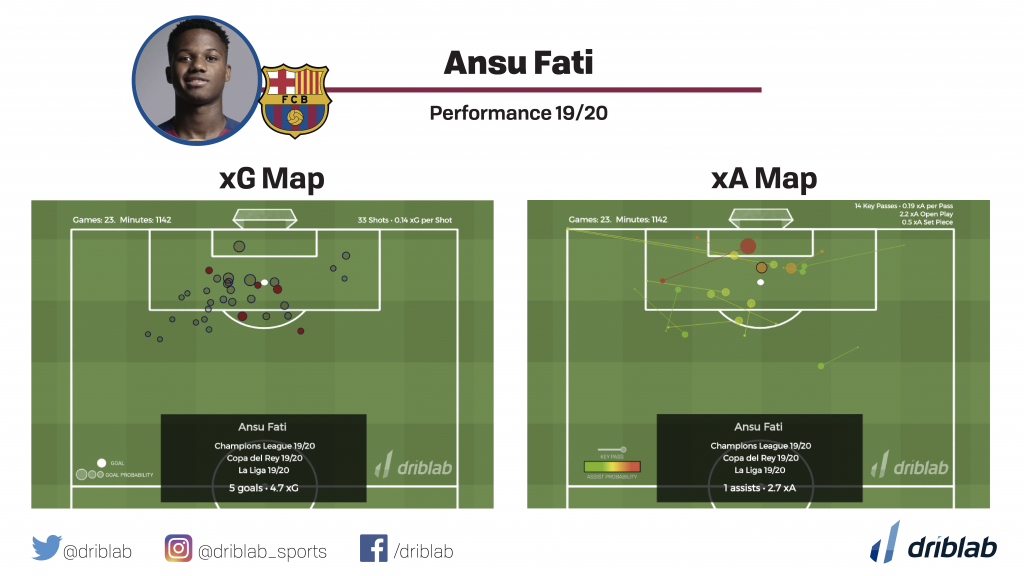 The season of change for Boga

Jeremie Boga is an example of Chelsea’s management with the youth players of its academy in recent times: Chelsea U23, Rennes, Granada, Birmingham and sold to Sassuolo in four years. It was in Italy when we saw the true potential of the French winger. A player who ensures danger with his dribbling and ability to reach the opponent’s box. Boga has stood out for his consistency in 2019/20 and his confidence in one-on-one duels. Without a doubt, one of the big surprises of the season, not for being an unknown or arriving at the first team quicker than expected (like Ansu Fati) but for being able to demonstrate that he is ready to make the move to a bigger team when it already seemed unlikely. 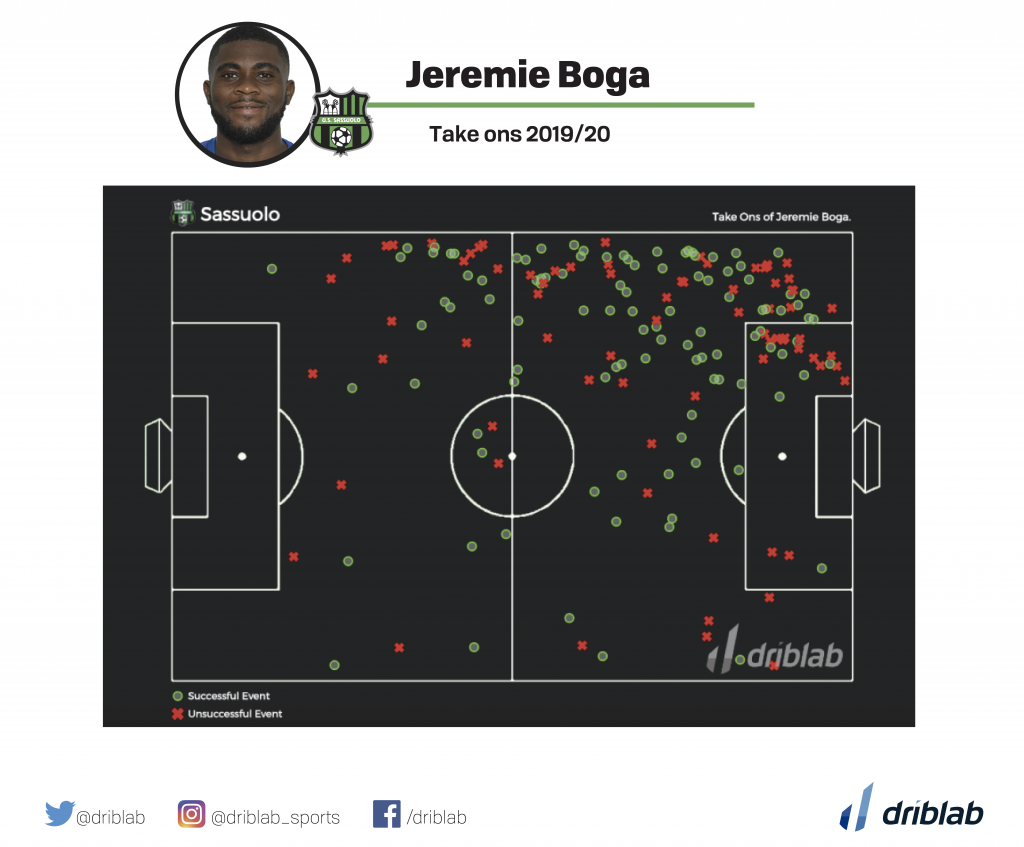