From being overtaken by Italy in the first match of the tournament to winning the final with relative comfort beating Poland, France and without suffering in the final against Germany. This Spanish triumph in the Euro under 21 will be remembered as the tournament of Fabián Ruiz and Dani Ceballos. The two players of the Real Betis academy were the main stars by far but this event left us much more and in Driblab we want to review the names called to dominate Europe in recent years. And also take a closer look at the exhibitions of Fabián and Ceballos that obviously have a place in our best eleven of the tournament. 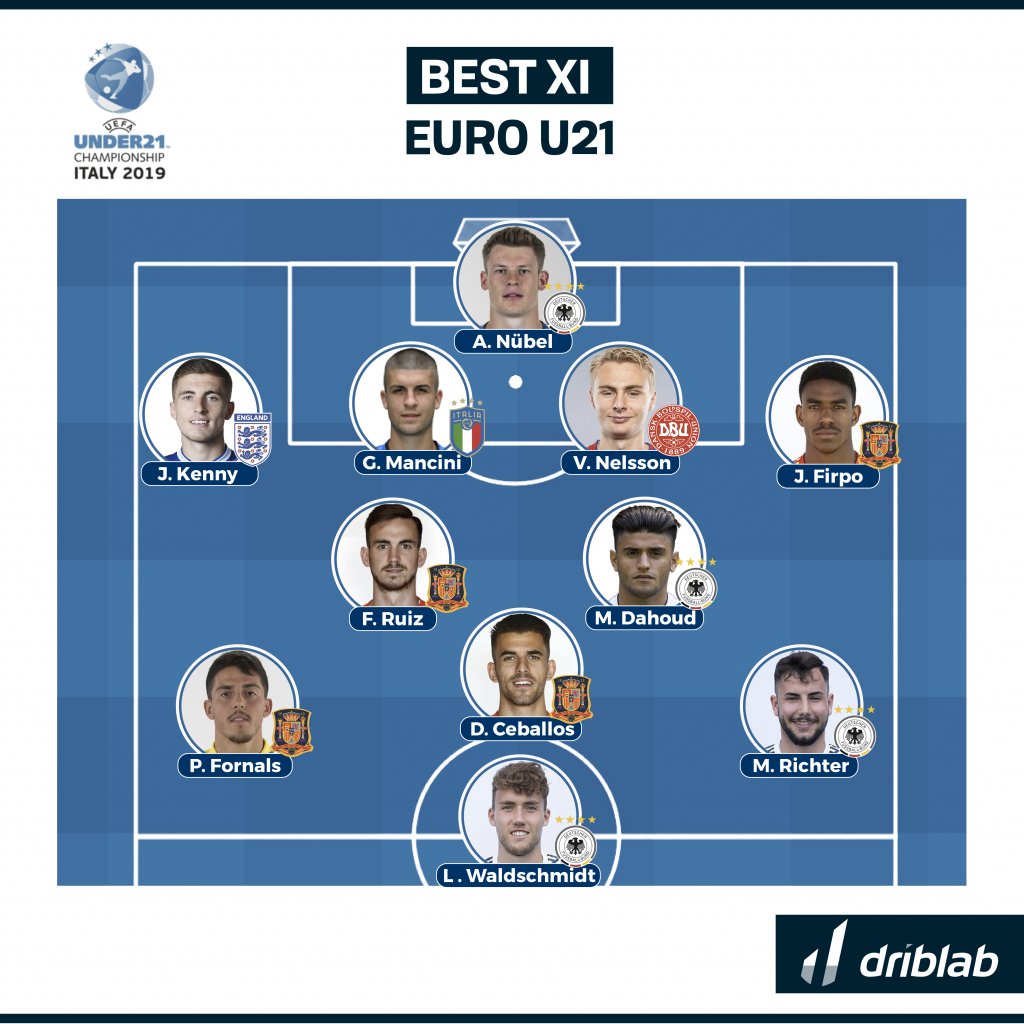 An eleven dominated by the finalists, Spain and Germany with four each. But we want to tart this review with one of the few names that have stood out outside these two teams: the Danish Victor Nelsson. The best rated defender of the tournament according to Driblab’s models. We wanted to rescue some of the statistics that confirm the central Nordsjaelland as one of the names to follow. After a season that places him as one of the best young central defenders outside the major leagues, in the Euro U21 has confirmed that he is a very complete centerback: he has dominated in aerial play, % passes, success in long ball, success in tackles and everything without committing fouls. Here we compare Nelsson with the rest of the central defenders of the tournament. 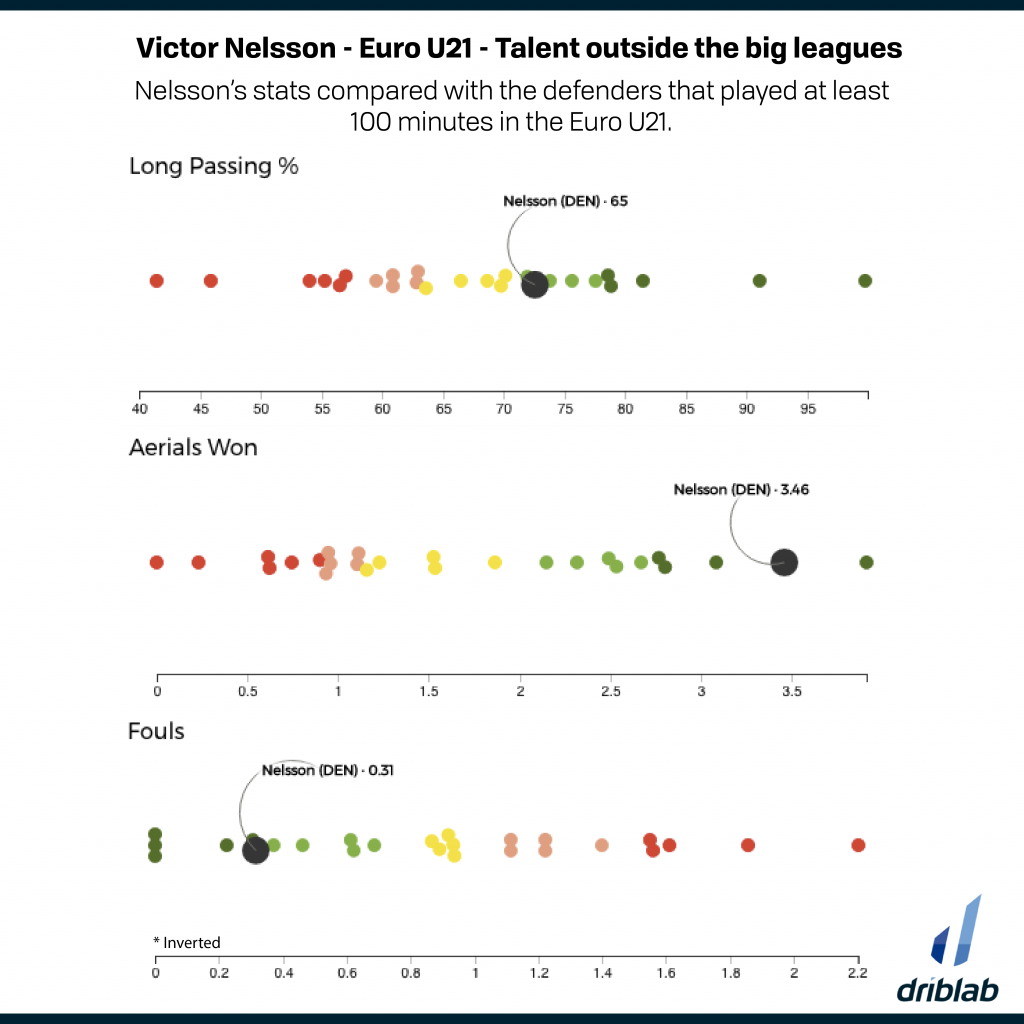 The MVP of the tournament was for Fabián Ruiz, Napoli’s midfielder succeeds Dani Ceballos in the list of winners with this recognition. It is true that although according to our models did not reach the level of Dani Ceballos, Fabián Ruiz was miles ahead compared to the rest of players in his position. The best rated midfielders by Driblab were Fabián Ruiz and Mahmoud Dahoud, and if we look at the comparison, the Napoli midfielder was clearly superior. Not a surprise, Fabián Ruiz has been one of the best young midfielders in the major leagues for a couple of seasons now. 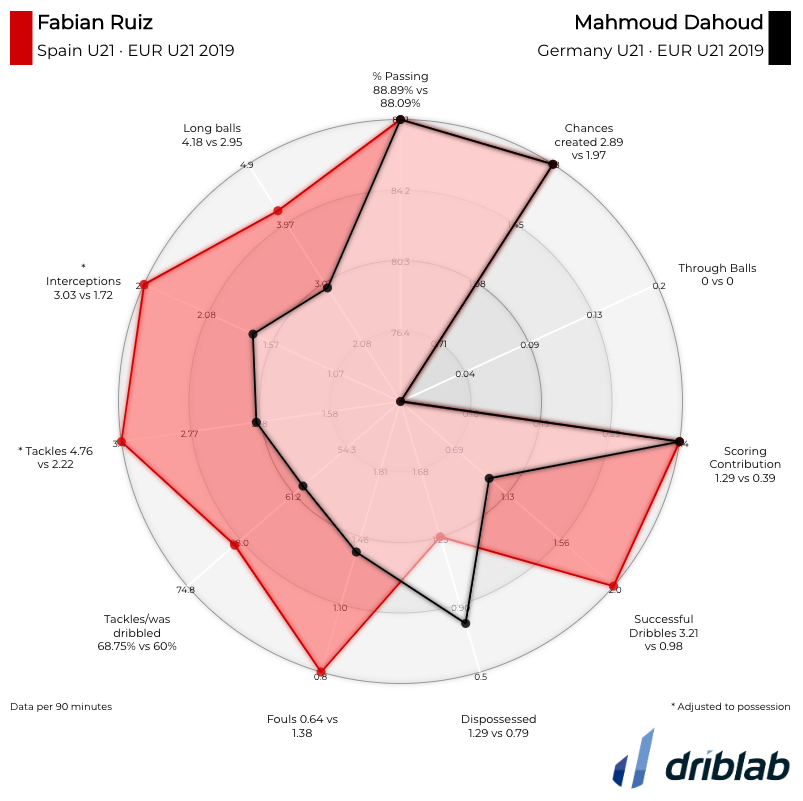 Without a doubt, Dani Ceballos has earned a place in the history of this tournament. The MVP of the last edition in 2017 has managed to get even better. Dani Ceballos has dominated the tournament being even more complete than two summers ago and with his future in Real Madrid in question. According to Driblab’s models, he is the best rated player in the tournament. His radar makes it clear. 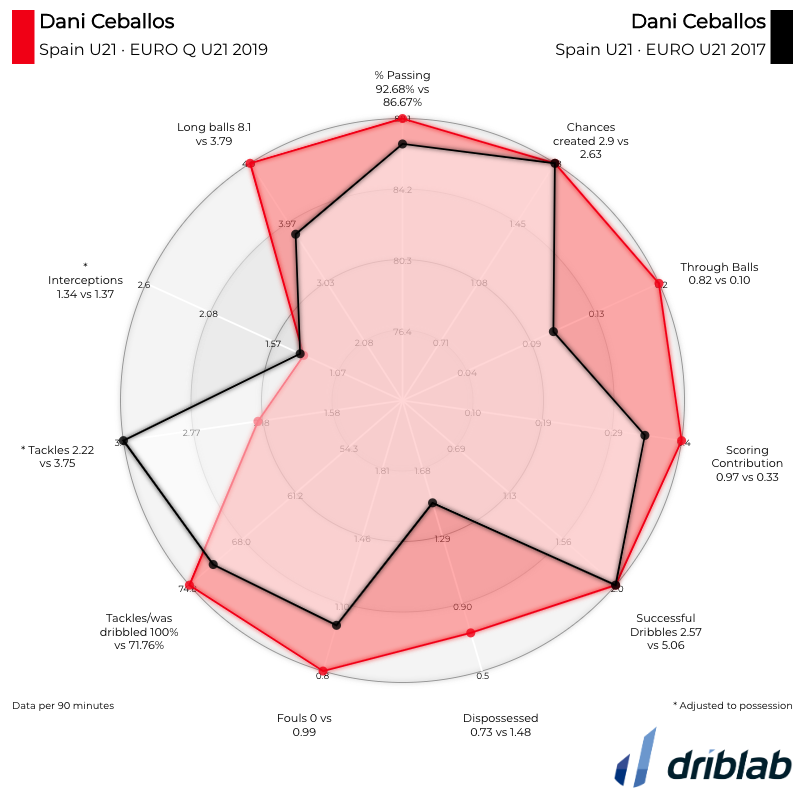 It has been tournament ruled by midfielders and only a few strikers and wingers have stood out. The Romanians Hagi or Puscas have confirmed the good statistics they achieved in the 2018/19 season but Germany overtook them, much of it was Luca Waldschmidt‘s fault. The Frieiburg forward came from being one of the surprises of the year in Bundesliga and in the Euro U-21 has shown that his great year has not been a coincidence: great reading of the game, ability to mantain possession and a very positive evolution in the definition in front of the goal. Without a doubt, the most outstanding forward of the tournament and the player who closes our review to the most outstanding names of the tournament. 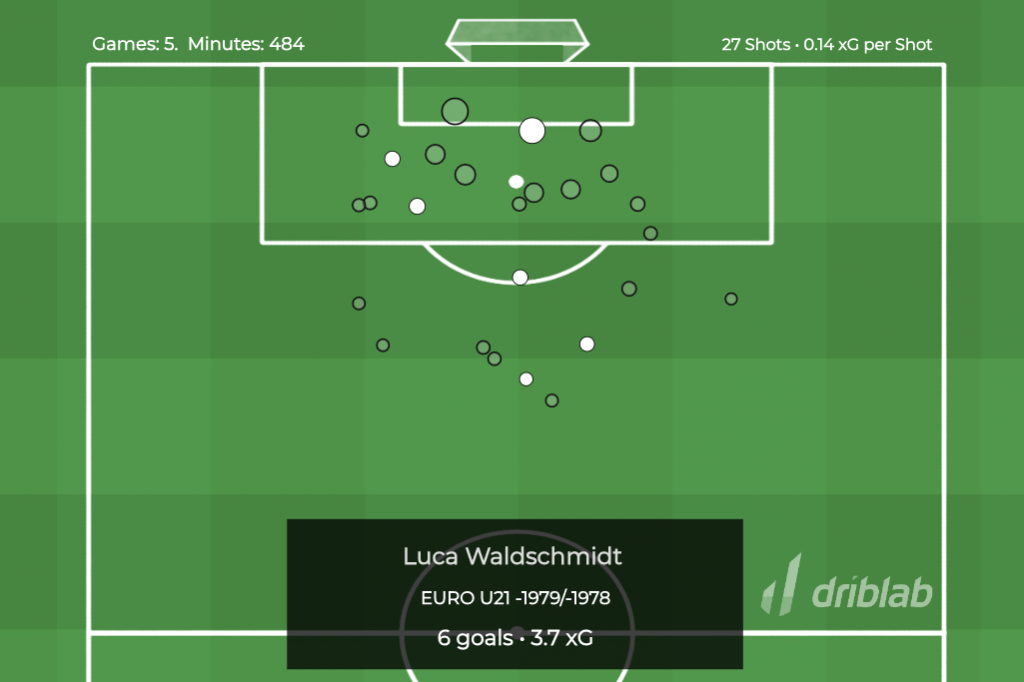