There is a world beyond the Leo Messi, Eden Hazard or Miralem Pjanic who have been monopolizing individual awards for several seasons and almost with a place reserved in the best elevens of the season. But after so many months of football it would be unfair to keep only the most important names, 2018/19 has given us new stars, unexpected players with great performances, names who knock on big teams’ doors and not so young footballers who have returned to their best level. This is the most improved team according to Driblab models: First teams have the biggest % upgrade and second team have a bit lower upgrade.

There is no doubt about the great names in the second team that in many cases have had better performances than many of the starters but what we have assessed is the degree of improvement they have had this season. For example, we are not saying that Ondrej Duda played better than Jadon Sancho but that Duda’s score has had a much higher percentage increase than the English winger since Sancho already had a very positive level last year. 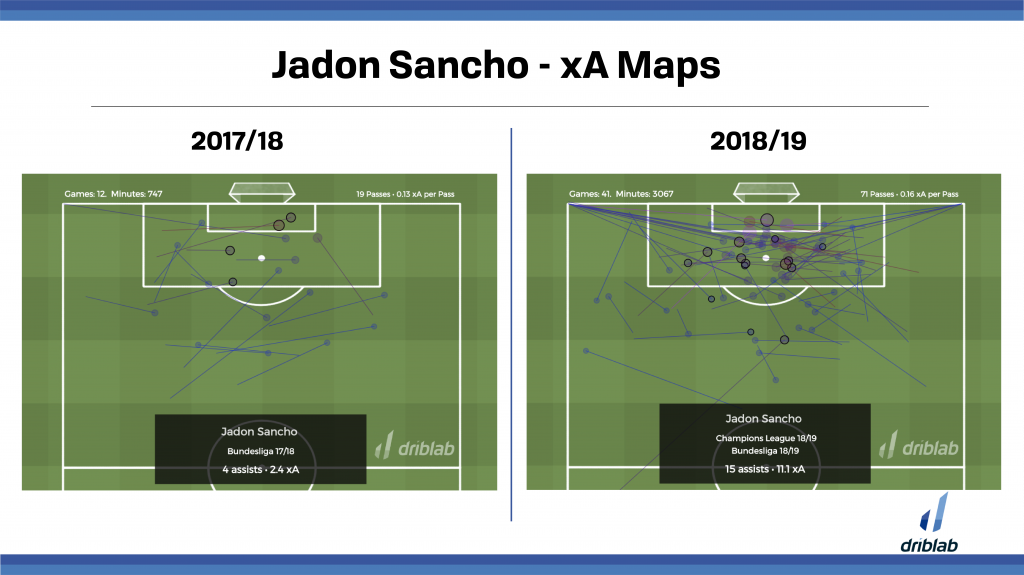 If you’re a young attacking player go to Bundesliga

Bundesliga is the big competition for young stars, especially for attackers. Luka Jovic already showed his potential last year but this year has been crowned, as has Sebastien Haller. Jadon Sancho has clearly become a star. Ondrej Duda has been one of the great positive surprises of this season. But the fact is that very attacking wing-backs like Valentino Lazaro, Nico Schulz or Filip Kostic have made it clear that if you are an attacking footballer Bundesliga is the place to be. That’s how Paco Alcácer saw it last summer, from almost zero chances to fighting for the top-scorer award. 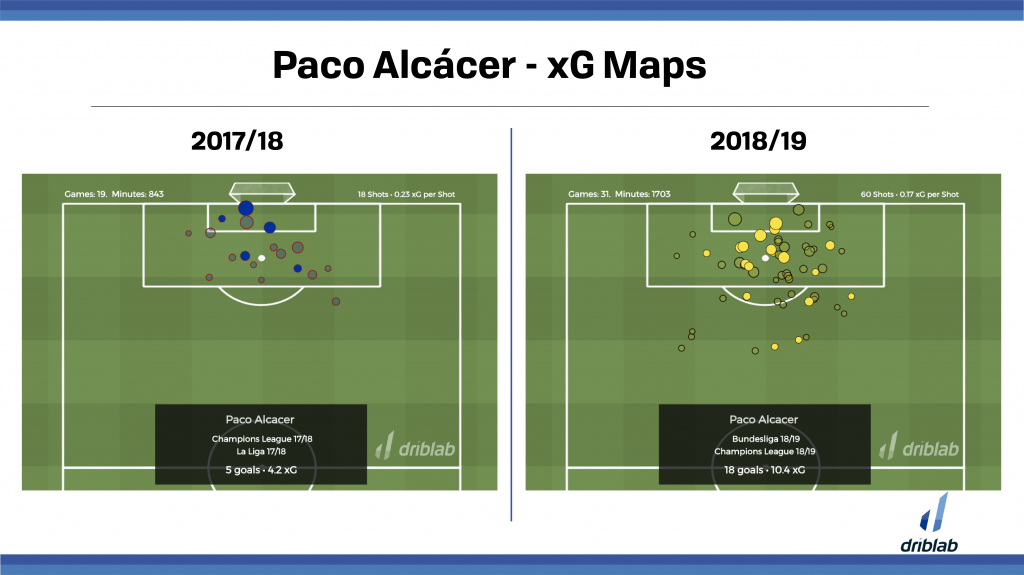 One of the players who has grown the most in the last twelve months is Thiago Mendes. The midfielder who had a 2017/18 of adaptation to European football has managed to improve his performance in a very striking way. It is not only an improvement in metrics, he has gone from being a more dribbling footballer more similar to a box-to-box profile to becoming the brain of the best Lille in recent years. Seeing the change in his radar is easy to understand why he is in this eleven. 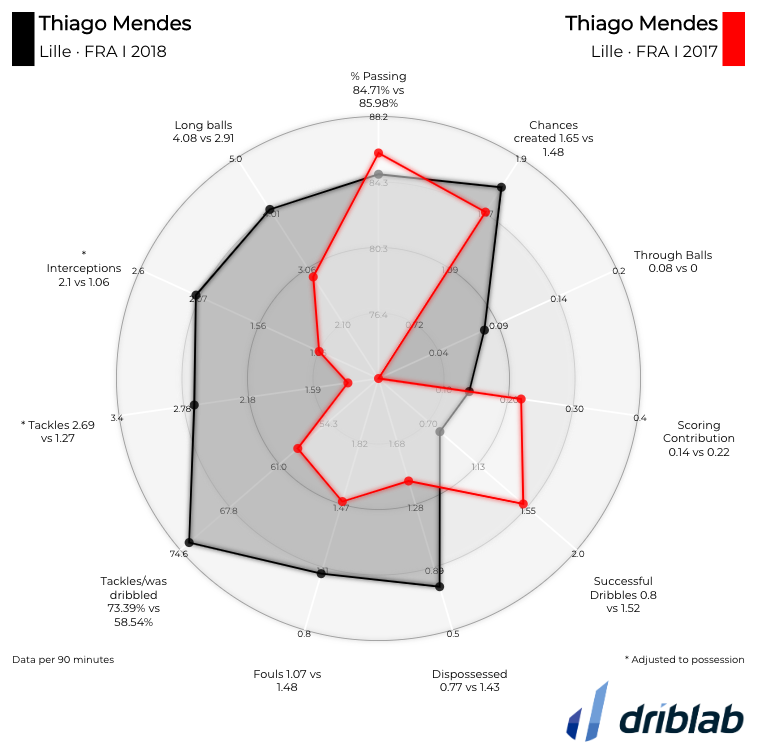 ‘Veterans’ in the backline

The trend of evolution makes it clear that the peak in defence production is acquired a little later. The central defenders who have improved the most this year are Christopher Herelle (26 years old), Guillermo Maripán (25) and José Luis Palomino (29). Guillermo Maripán’s influence stands out in the great performance of the Alavés this course, seeing how his radar has changed this season there is no doubt that he was the most improved defender of the season. 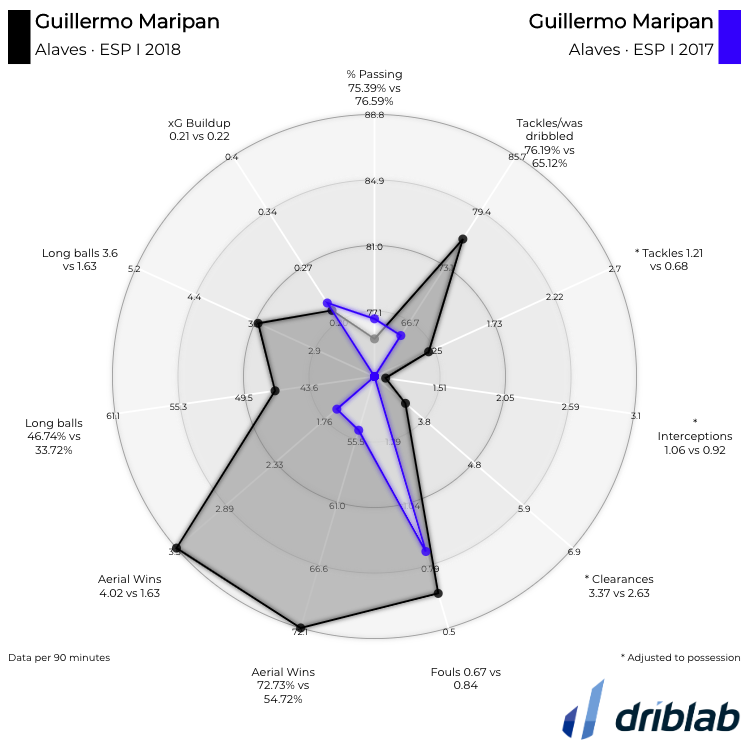