The season is already in the last days of the leagues and most of the championships already have owners. Beyond the battle for the Premier and Bundesliga, the focus in the major leagues is on who will win the individual titles now that first place in the table has been decided. This season there is a fight for the trophy as the best scorer in European football: Messi and Mbappé have a tough battle for the Golden Shoe. In Driblab we wanted to make a much deeper analysis of the race for the Golden Boot: who are the players who score more excluding penalties and how they finish chances by analyzing their goals scored and their expected goals. 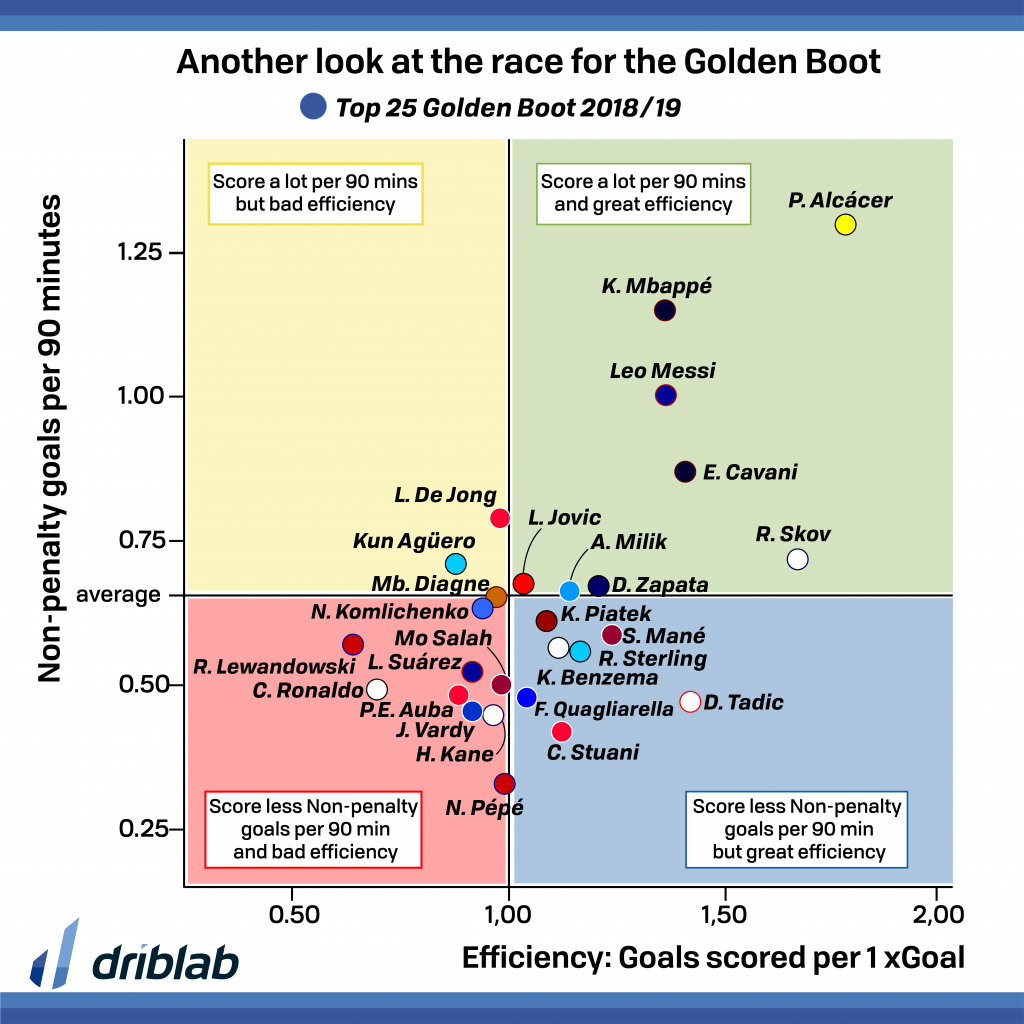 As we can see in the graph, the fight for the Golden Boot between Lionel Messi and Kylian Mbappé is of a very high level that has only been approached by Paco Alcácer in his role as the best game-changer of the five top leagues and Edinson Cavani who has had less playing time than other seasons. The presence of young Robert Skov, Copenaghe midfielder, who scored 21 goals in just 12.7 expected goals, is surprising. The graph shows the Top 25 of the Golden Boot ranking and Skov is one of the few names outside the major leagues (goals in the five major leagues count 2 points and in the rest of the competitions in the graph are valued at 1.5): only Robert Skov (Copenaghe), Nikolay Komlichenko (Mlada Boleslav), Luuk De Jong (PSV), Dusan Tadic (Ajax) and Mbaye Diagne (Kasimpasa and Galatasaray) have managed to break the dominance of the big five. 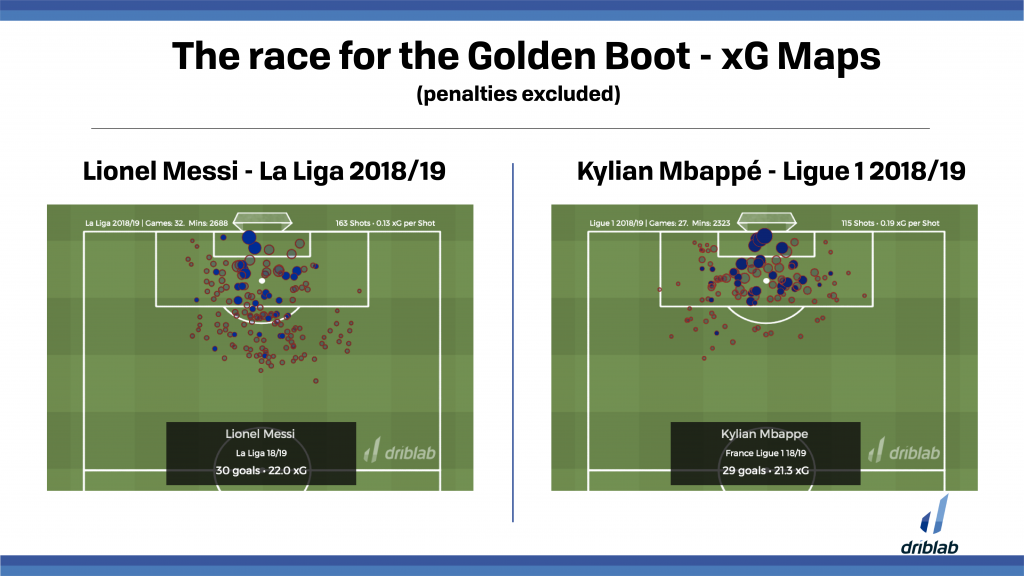 As we see this season the level of goals scored without counting penalties and the efficiency of Lionel Messi and Kylian Mbappé makes this great fight for the top scorer trophy a matter of just two names. While other names who are high in the fight for the Golden Boot as Fabio Quagliarella (3rd) or Mbaye Diagne (4th) do not maintain that level by discounting penalties and measure their efficiency at finishing chances. It points out that in the less striking end of this table we see many of the great scorers of recent years such as Robert Lewandowski, Harry Kane or Cristiano Ronaldo with a low efficiency with a level of goals scored quite far from the expected goals. Lionel Messi and Kylian Mbappé are the best scorers; if you’re looking for a striker from the bench, Paco Alcácer; and if you miss a goal scorer from the midfield, Robert Skov is ready to move out of Denmark.