The Chicago Fire Soccer Club and Driblab today announced an exclusive partnership agreement. Through this partnership, Driblab, which leads the way in applying artificial intelligence and data toward player analysis, acquisitions, talent evaluation and tactics, agrees to working exclusively with the Fire in Major League Soccer’s Eastern Conference.

“It is an honor for Driblab that a club such as the Chicago Fire has reinforced its trust in us and in our project of working together”, said Driblab Managing Partner Salvador Carmona. “During the past few years, North America has been the region where football has grown the most, and for us it is a great responsibility to work with one of the clubs that has influenced the MLS the most and it will continue doing so going forward”.

“Driblab has played a significant role in widening the scope of players that we are able to analyze, said Chicago Fire President and General Manager Nelson Rodríguez. “By using Driblab, we are able to focus our scouting on a select group of players who best fit our game model, culture and core values.”

Our services in performance analysis and talent detection include data that involves more than 75,000 players and more than 100 leagues worldwide that hopefully would help Chicago Fire Soccer Club to continue as one of the main franchises of its region. This agreement with the Fire reinforces a preexisting relationship and ensures that the Fire will be the only Eastern Conference club in MLS to receive Driblab’s services.

This is the official press release in the Chicago Fire’s official site https://www.chicago-fire.com/post/2019/04/25/chicago-fire-and-driblab-announce-exclusive-partnership-agreement 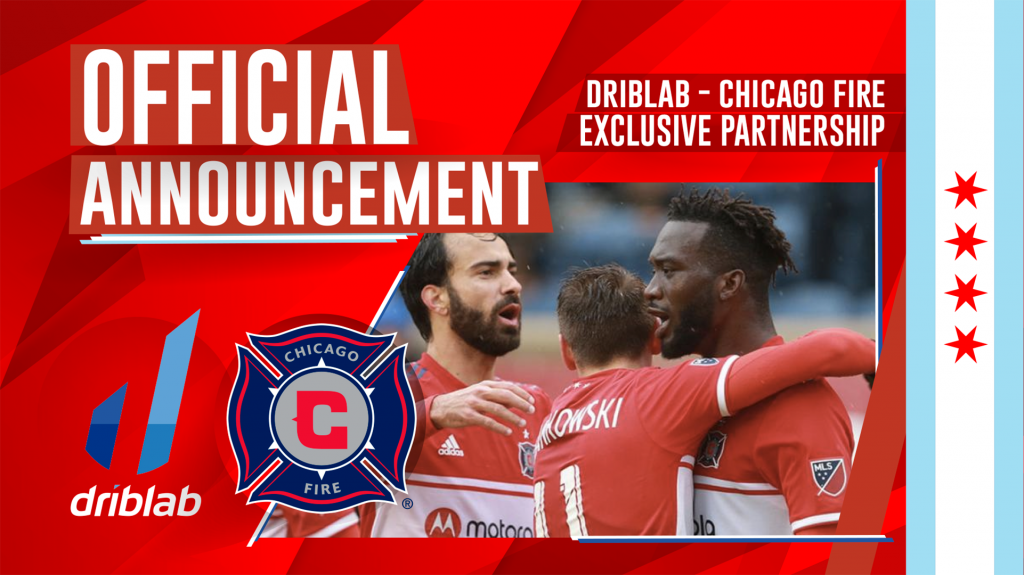